Congrats to the 8th Grade Graduates! 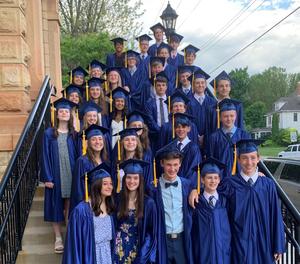 On Wednesday, June 2, SCCS held a Graduation Mass and Ceremony for the Class of 2021.

The following awards were presented at the ceremony:

Congratulations to our scholars, disciples, and servant leaders! We are very proud of all of you and look forward to hearing the GREAT THINGS you will do in the name of Christ.